What we talk about, when we talk about screenwriting, is usually traditional/professional movies and television. However, with the explosion of youtube channels, there is a growing crowd of "screenwriters" who are writing completely different kinds of content and collaborating in unique ways.

I got a chance to speak with Sunil Rajaraman, who runs the Scripped.com, a website that boasts online screenwriting software and five times more members than the WGA. Who are these writers, what are they writing, and when should Final Draft get nervous?

SH: The professional film and television industry has been dominated by the screenwriting software Final Draft and Movie Magic Screenwriter. Why hasn't an online service such as Scripped or Celtix been able break in? Is it just habit?

SR: I’ll push back a bit and say that we have gained a lot of traction since our initial launch in January of 2008! I know CELTX has been downloaded hundreds of thousands of times. We have a user-base of over 80,000 writers and we grow by 25-50 writers a day.

With regard to the professional market, we aren’t after professional screenwriters so I’d say that we are not really trying. I always tell friends that if they want to be a professional, they should use Movie Magic or Final Draft – we are servicing a different market. Our revenue model is ultimately not based on selling screenwriting software – that business (at a macro level) is slowly dying, and isn’t all that interesting.

SH: Do that a service like Scripped will become the professional standard in the future, or will the Scripped community mostly consist of aspiring screenwriters looking to break in?

SH: Some of the major innovations of Scripped are the collaboration tools. Screenwriters are able to work together in "virtual writing rooms." And soon you are promising "highlight authorship and revision compare features [that] will soon allow writers to access a comprehensive history of authorship." This seems to make the script into a kind of wiki-project. Do you think this kind of online collaboration can be as effective as a physical writer's room? Are your users really using this service actively?

SR: Writers are actively using collaboration – both on public and private scripts. I’m having a look right now at some of the public scripts on the site, and it always makes me happy to see writers working together constructively. We don’t ultimately seeing this functionality replacing a physical writer’s room – it’s fun,a nd our users love it! We want them to have great online experiences by working together with other writers.

SH: Many artists bristle at the idea of "crowd sourcing" stories. They argue that great stories require a single artist/visionary (or small team of talented visionaries) with a particular point of view. Why do you think a screenplay, a play, or even a novel can be "crowd sourced" like software or a wiki-article?

SR: All writing is crowdsourced – top professionals in every field of writing constantly iterate with editors, and peers. Crowdsourcing is just a fancy word to describe that phenomenon, which already exists – would love to meet the person who coined the term someday (he or she is a marketing genius). The difference with Internet crowdsourcing is that you’re doing the same thing with total strangers, and a lot of them.

SH: Working on open source software, wikipeida articles, or other "crowd sourced" projects requires a certain amount of altruism and willingness to contribute anonymously. Can this work in the competitive and cut throat world of entertainment, where so many are focused on selfish self-promotion? Will budding "auteurs" want to be just another voice in a "crowd?"

SR: It’s a good question Sean and the verdict is still out. There will be a lawsuit on this very subject very soon, and I can’t wait to watch it unfold. I think the studios are smart to hang back and wait to buy crowdsourced scripts.

SH: The most popular and successful mass-collaborations are often led by a single, charismatic celebrity who attracts large numbers of dedicated fan-artists. This celebrity then curates and manages all the myriad contributions. I'm thinking of Joseph Gordon-Levit's hitRECord.org in particular. How has the involvement of people like Edward Burns, Steven de Souza, Dawn Olivieri and Alex Albrecht, driven projects on Scripped? 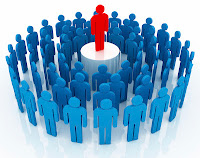 SR: The involvement of Eddie in particular has been huge – he’s a fantastic guy and is at the forefront of all things related to film/tech. Unlike Amazon Studios and some others, we are not really publicly crowdsourcing scripts through our contests – all scripts are private, and belong to the content creator unless they win (in exchange for the rights to their work, they are paid money). Our contests with Eddie, Steven and Alex were all very successful and drew hundreds of entrants.

SH: With the coming of instant video on Netflix and Amazon, youtube channels, and digital projection, the whole distribution model for movies and television is being turned on its head. Why do you think a platform like Scripped offers a better way for writers to work and collaborate in this new paradigm?

SR: We think that while the professional screenwriter will continue to use Final Draft, the amateur screenwriter who wants to hack together a quick youtube script will use Scripped. In other words we are after The Long Tail – the volume play (rather than going after a long established business).

SH: What are some of the other companies and websites out there that you think could be disruptive forces in scripted entertainment?

SR: I am a huge fan of Dana Brunetti and Kevin Spacey and what they’ve done with Triggerstreet Labs – I think they are the clear pioneers in this space, and have the star power to disrupt scripted entertainment. Franklin Leonard is really onto something with The Blacklist – I think he will figure out a way to somehow disrupt the system.

SH: Many new companies (like Quora.com) experience an initial surge of excitement, press and involvement from users, only to see the excitement plateau. How do you plan to keep Scripped vibrant and growing?

SR: Since we’ve been around for a while (wow 4 years now!) we have studied our user behavior patterns in detail. Thankfully we have fantastic user engagement and have a great understanding of how our cycles work. There is definitely a huge bump in engagement around Script Frenzy time .

SH: What are some of the most exciting finished projects to emerge from Scripped?

SR: My two favorite: Alex Albrecht produced his winning script, and it looks fantastic! (Check out the link: HERE) Steven de Souza’s Unknown Sender Episodes on Metacafe are an especially huge accomplishment – it marks the first time webisodes were completely crowdsourced (both script and videos were outsourced).