A Filmmaker's Life: Idea, Concept and Story Development - PART 2
Posted by Sean Hood at 8:18 AM No comments:

My friend and mentor, Jacques Thelemaque, writes about his process of story development. (Click the link below)

A Filmmaker's Life: Idea, Concept and Story Development - PART 1
Posted by Sean Hood at 6:26 AM No comments:

Come and see what FA members and other members of the LA filmmaking community are up to creatively, and support the great work that the EPFC people are doing in our community. The center is a volunteer run organization that offers fantastic adult super 8mm film classes, youth classes, and much more, so we do ask that you leave a $5 donation at the door to help keep the Center going.There is a brief Q&A after each film, not to mention complimentary food & drinks. So come on out on the 17th and enjoy the following line up:
FILMS SCREEENING:
-"A Shade Before Pink" : by Jackee Chang
-"The Parrot Gang": by Grant Falardeau-"Birthmark" by David Woods
-"THE cycle": by Amanda Sweikow
-"Melancholy Baby": by Sean Hood
Hope to see you all there!
Posted by Sean Hood at 12:04 PM No comments:

For all you sci-fi nerds and science hacks out there, there is a nifty symposium that I will be attending and blogging about later this month. The idea is for "top scientists and engineers to discuss collaborations between science and entertainment and explore new projects."

Here is the official announcement:

The National Academy of Sciences (NAS) is sponsoring a symposium to bring together professionals from the entertainment industry with top scientists. Film producers Jerry and Janet Zucker and Patrick Soon-Shiong, chairman and CEO of Abraxis Bioscience Inc., will co-host the event with the Academy. Participants will include directors, producers, script writers, designers, art directors, show runners, and prop masters as well as scientists, health and medical professionals, and engineers. The symposium is part of an initiative called the Science and Entertainment Exchange that was developed by the NAS to facilitate a valuable connection between the two communities. The Exchange is endorsed by the Directors Guild of America, the Producers Guild of America, the Writers Guild of America, and Women in Film.

DETAILS: The symposium will be held on Wednesday, Nov. 19, from noon to 6 p.m. PST in the Creative Artists Agency Building, 2000 Avenue of the Stars, Los Angeles. Reporters must register in advance to attend; this event is not open to the public. For a complete list of speakers and agenda, visit http://www.scienceandentertainmentexchange.org/.

A Filmmaker's Life: You and Your Cinematic Vision - A Relationship Story

As usual, Jacques Thelemaque writes inspiring metaphors for filmmakers of any ilk.  (click link)
A Filmmaker's Life: You and Your Cinematic Vision - A Relationship Story
Posted by Sean Hood at 8:40 AM No comments:

The Thinking Writer had a good link today on delving into the personalities of characters by finding their "personality type." He suggests Keirsey Temperament Website. The best  personality typing system for me is The Enneagram. It's a little more writer friendly and less academic than Keirsey.

And it's particularly fun when you go against type, imagining your action hero as a "Peacemaker" or your femme fatal as an "Individualist. Fun Joel's Screenwriting Blog has a series of five posts on the subject, which you can read here. 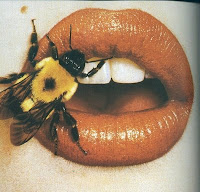 One of the frustrating things about movie development is the way executives, producers, and directors constantly reference their favorite movies. “This part should be like the bathtub scene in The Shining!” said one enthusiastic note-giver the other day. The danger in thinking this way is that your movie becomes a pastiche of images, characters, and story beats lifted from previous movies – and the viewer experiences not the excitement and shock of the original, but only the dull mediocrity of the copycat.

It’s natural for filmmakers to be inspired by their favorite films, but it can also be a creative dead end. This is a particular problem for the genre filmmaker struggling with dusty genre conventions. That’s why I advise Genre Hacks to look for ideas outside of the cineplex.

Try going to an art opening - there’s always free drinks and the people-watching can be just as creatively inspiring as the art. Just last night, I went to Gallery 1988 on Melrose Boulevard in Los Angeles, and had my mind bent by the surreal juxtapositions in paintings by Greg Simkins. Sure enough, driving home buzzing with seeming unrelated ideas for action sequences.

Try reading more novels, not with the intension of adapting them, but simply with the goal of entering a universe and encountering characters that are unlike anything you’ve seen on film. This week I began reading Per Petersons Out Stealing Horses, and I can think of nothing else but the glow of white-blonde hair in Norwegian twilight. It's spooky.

Try going to plays. Fetching young actors and actresses will be grateful you came and will feed you wine and cheese. Try attending an acting class, and bring along some of the scenes you are working on. Try listening to live music with your eyes closed and see what images bubble up from your subconscious. Eat in offbeat exotic restaurants and doodle caricatures on the napkins.

And when you do go to a movie, go the road less traveled. Instead of going to Saw V, see Let The Right One In. Instead of renting Iron Man, rent some obscure Japanese Animation. Writing a psychological thriller? Don’t reference Hitchcock yet again; try watching documentaries on factory workers – all those industrial machines could be a nifty place for a nightmare sequence or a murder.

At the end of the day, you will have to go back to your producers and executives and speak the language of common-movie-clichés. They don’t have to know that your sea monster was inspired by a found-object sculpture, that a scene on a spaceship was inspired by a 19th century poem, or that the actress you’re thinking of when you write is not Elizabeth Banks or Angelina Jolie, but a redhead you saw little theater in NoHo.

They will just notice that you’re writing is alive, engaging and unexpectedly clever… just like their favorite movies.
Posted by Sean Hood at 9:49 AM 3 comments: