A Filmmaker's Life: A Call For Creative Invention

As usual, Jacques Thelemaque writes passionately and insightfully about "creative invention" in filmmaking. Click the link below:
A Call For Creative Invention
Posted by Sean Hood at 7:49 PM No comments:

In movie credits, when there is more than one writer, how can I tell which writer did what?
To answer the question, let's look at a specific example. On the movie Thor (2011), the writing credits read:


story by
J. Michael Straczynski and Mark Protosevich
To untangle these credits, there are a number of points to you need to understand:
In the case of Thor in particular, I know that Mark Protosevich was hired by Marvel Studios to write the script in 2006, and he did another draft in 2008. However, when Kenneth Branagh was hired to direct it, other writers were hired to do rewrites. Also Thor had been "in development" since 1990, so its possible that some of the writers who worked on scripts before Protosevich were eligible for credit. Since Protosevich did not get "screenplay by" credit it seems that only some general elements of "story" remained in the final shooting scripts after many rounds of rewrites.But who is really responsible for what? Having been through several WGA credit arbitrations (including one for Conan The Barbarian 3D) I can say that each writer may have very, very different ideas about who deserved credit for what, and who "really" wrote the script. Check out this New Yorker article on credit battles.Also, check out this story: George Clooney was furious when the WGA decided not to award him credit on Leatherheads, a script that he claims he completely rewrote: WGA, Clooney at odds over credit 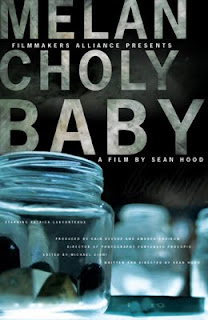 For those of you who only think of me as a guy who writes about muscle men with swords, teenaged girls possessed by demons, and shy entomologists who transform into grotesque bugs, I offer you a completely different side of my filmmaking. Click HERE to watch my 14 minute short film Melancholy Baby:

Which screenplays should aspiring screenwriters read?

Screenwriters are filmmakers. So, in the same way that aspiring architects study buildings, aspiring screenwriters should study, first and foremost, the films themselves. A book like Screenwriting: The Sequence Approach, by Paul Gulino, has beat by beat analysis of well known movies that illustrate story structure, sequencing, plant and payoff and other techniques.

That said, there are a number of scripts that beautifully illustrate how screenwriters use the written word to indicate visuals, tone, style, pacing, structure, character, tension and action: words that define the finished movie like the lines of an architect's blueprint.

It is also very instructive to look at early drafts of screenplays to discover how the film was changed and revised during production. Sometimes brilliant scripts were made into mediocre movies. Sometimes problematic scripts were solved in the process of shooting and editing.

Here is a list of feature scripts that agents, executives, film school professors, and screenwriters themselves often cite as influential and instructive to aspiring screenwriters.

Five mainstream Hollywood scripts often cited as perfect in style, structure, content, and execution are:
Since so many movies are adaptations, it is instructive for screenwriters to read the underlying material (usually a novel), and then read the screenplay adaptation. Five scripts often recommended are:
Classic Scripts most often recommended:
Taste in indie film is more eccentric and subjective. But I would list these independent voices as instructive to ALL screenwriters:
There are certain celebrity screenwriters who are able to write in such a way that reading the script is an enjoyable and enlightening experience, separate from the experience of watching the film. Love them or hate them, it’s instructive to read scripts by:

Female scribes are often neglected in these lists, but men and women alike can learn from the unique voices of:

Here is the WGA’s list of the 101 Greatest Screenplays with links to read them:

(However, you’ll need tomake friends with an agent, manager or film executive to get your hands on copies of the above.)

Every year “The Blacklist” is compiled by hundreds of film executives, each of whom contribute the names of up to ten of their favorite unproduced scripts of the year. 2010’s list can be found HERE:

In general, in order to getcopies of screenplays on the net, go to:

(Also see answers to the related question: Screenwriting: Where can I download screenplays of films to read / study?)

The key is to look for EARLY DRAFTS OF THE SCREENPLAY, not just the official “shooting script” which is often a simple transcription of the finished film.

Even maverick writer-directors working outside the Hollywood system and writers who want to challenge mainstream formulas of three-act-structure, conflict-centered storytelling, and concept-driven subject matter would do well to study these scripts. A screenplay is ultimately a communication tool, like a blueprint, to be given to actors, cinematographers, production designers and editors. Even if you aspire to make movies like Tarkovsky and HATED Lethal Weapon, you can still learn from the way successful screenwriters clearly and competently convey style and cinematic action to their collaborators.

As a final note, perhaps the best place to start is to read the screenplays for a couple of your favorite films. Reading them will feel like play rather than work. And there is no faster way to learn the format and tools of the screenwriter's craft.