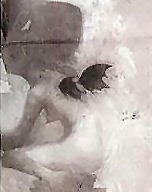 The Shadow, a term introduced by Carl G. Jung, contains all the impulses and desires in our psyche that are repressed, undeveloped and denied by our conscious mind.

Examples of the male shadow abound in genre movies, from Mr. Hyde to Tyler Durden, the Wolf-man to the Hulk. The civilized man has a double, another side of himself, also male, who acts out his darker, animalistic, selfish, aggressive, violent, or sexual urges.

Recently, in my own work, I find myself investigating the shadow side of the feminine. And by this I don't mean a woman as a stand-in for the repressed impulses of the male psyche. I'm looking for what eluded both Freud and Jung - the unconscious she.

It’s easy enough to find movies with typical female shadow figures: the vamp, the femme fatale, the creepy-pubescent-girl. What I'm looking for our stories about ordinary women encountering their own shadow-sides directly. 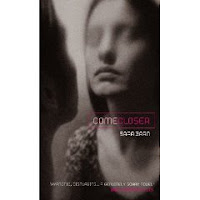 One is the novel, Come Closer, by Sara Gran. In this shockingly disturbing story, a perfectly ordinary, happily married, successful young woman finds herself inexplicably acting out impulses that are violent, obscene, and self-destructive.

The other is the film Swimming Pool, directed by François Ozon, in which an uptight, well-mannered, middle-aged, English novelist encounters a lascivious, crass, teen-aged, French nymphomaniac, who may either be a murderer or a figment of the older woman's imagination. 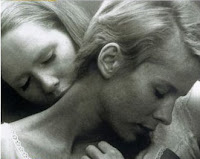 Hours after publishing the first draft of this blog, Richard Lowry, a producer friend of mine, reminded me of the best and probably most obvious example, Bergman's Persona.

However, I'm looking for more examples - stories of Ms. Jekyll and Sister Hyde. Any thoughts on the female shadow? Any examples in film or literature you would point me to? Please leave them in the comments section. 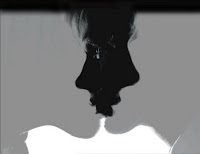 I should add that Jung believed that The Shadow contains not only those parts of ourselves that we would rather keep hidden, but also our greatest strengths, similarly bottled up to suit the needs of civilized culture and our ordinary world…

… which is why it continues to fascinate me.
Posted by Sean Hood at 4:43 PM 16 comments: