What is the 2nd Act? 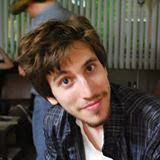 Let's tackle this question of "What is the Second Act?"

In the simplest of terms, it's the middle of your story. It's also, usually, the most complicated, excruciating part of a screenplay. You usually know how your story begins when you start writing. You probably have some semblance of an idea as to how it's going to end. But the middle part where you know "a lot of things happen!" but you don't know what or how exactly... That's the abyss, my friends.

So, how do you get through this abyss with minimal damage to your sanity? Well, that's where some structure and those pesky screenwriting terms might come in handy.

What is your protagonist trying to do?

If this question is clear -- "Liam Neeson wants to kill the motherfuckers who kidnapped his daughter and get her back, will he able to?" or "Charlie Kaufman wants to adapt this damn book, will he be able to?" -- then chances are you're on the right path. In the maze that is the Second Act, a clear want is the brightest beacon that will guide you.

In very simple terms, the Second Act is a series of victories and defeats as your protagonist either gets closer or further away from his/her goal. He or she can't always win, because this would be boring. He or she can't always lose, because that would be boring too. Make sure that every scene you write advances towards either a Win or a Loss. This way, you can keep the momentum going.

Let's say you're writing a movie about a young girl who is obsessed with Penguins. She runs away from home and travels to Antarctica where she'll steal her very own Pet Penguin!

So, maybe, in one sequence, she runs into the antagonist (a Polar Bear who uses the Penguins in Antarctica as slave labor to catch fish for him!) and gets her ass kicked. Maybe, in another sequence, she steals a Penguin only to find out it was a decoy Husky put there by the evil Polar Bear.

And then there are little victories: Our protagonist infiltrates Dingus' evil fortress and has a meet cute with the Penguin she wants to take home! She enlists the help of the Eskimo's living nearby and want to take down Dingus as much as she wants to!

Alternating between victories and defeats is the key to a dynamic second act!

Important structural points of your second act are the Mid Point and the End of the Second Act.

So go ahead and dive into the abyss, my friends! Keep it simple and dynamic and you might have a great Second Act by the end of your journey!
Posted by Unknown at 10:21 AM 1 comment: