A New Class at USC

I recently tweeted the the whiteboards of a class I teach to graduate students at USC. The picture was clipped ant the point a bit obscure, so here is the full picture with an explanation. 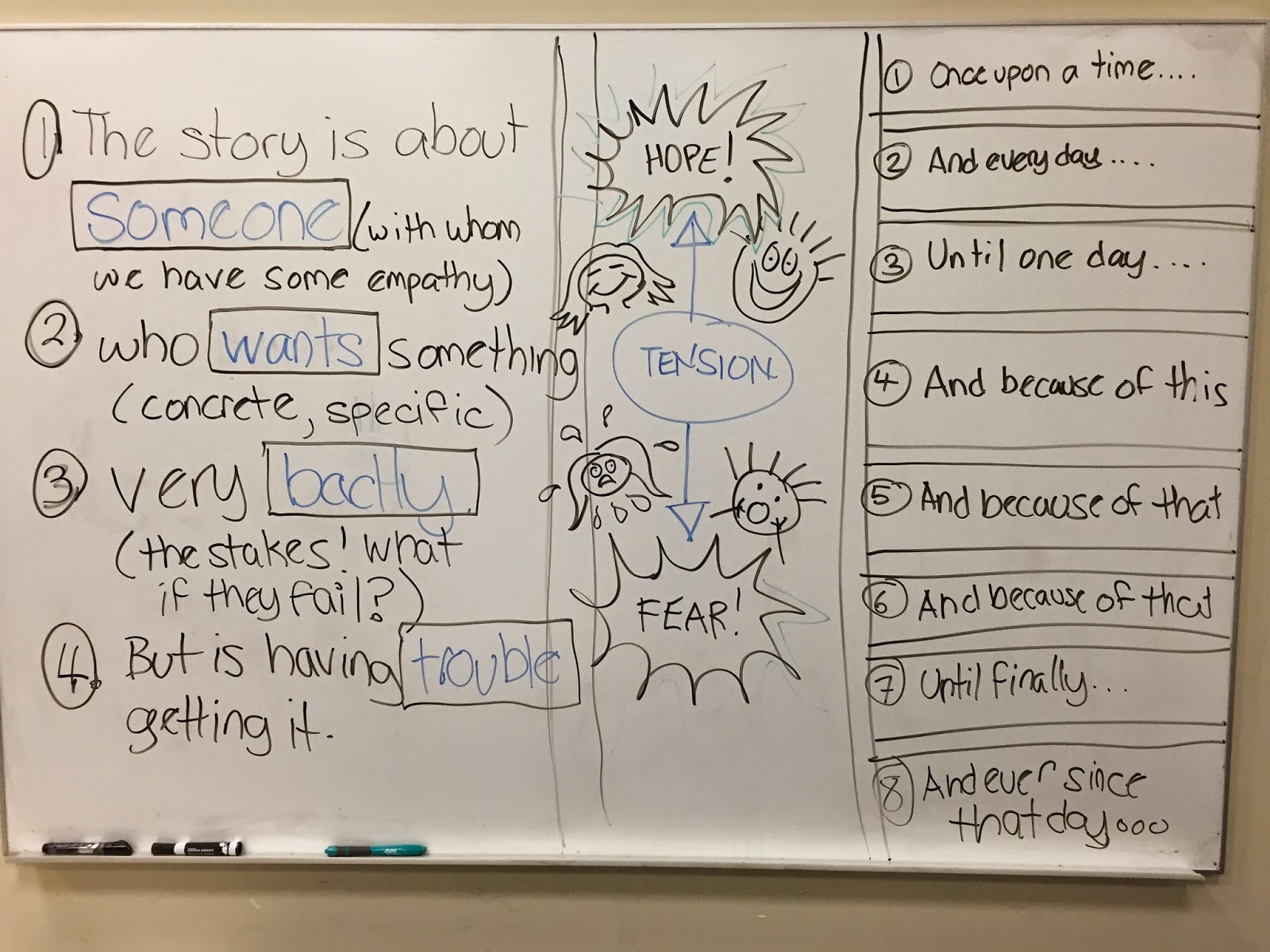 Legendary screenwriter teacher Frank Daniel taught us to continually orient the the audiences' emotions towards the future: the audience HOPES for one turn of events, while FEARING another. The basis of dramatic tension is anticipation. We let the audience know what potentially could happen, good and bad, and lead them to believe that either outcome is entirely possible.