What are you doing Friday night? Want to hang out? I'll be at the Echo Park Film Center hanging with Jacques Thelemaque and the FA crew.  Click the link below for details and join me...

America is a country the celebrates extroverts, and no American industry is more extroverted than the entertainment industry.  Pitches, deals, and production are driven by charisma, slick salesmanship, and monstrous egos.  In Hollywood, you are supposed to talk loud and fast with the kind of fiery-eyed passion you see modeled by Tony Robbins.  In Hollywood you celebrate the man of action.

This bias towards the extroverted can be daunting for those of us (often writers and editors, but also directors, actors and production designers) who are introverts.  We've been taught by our schools, our society, and our business, that our natural instincts towards inner life and solitary contemplation are flaws to be overcome.

This is unfortunate.  Some of our most creative individuals (think of filmmakers like Woody Allen, David Cronenberg, Todd Solond, Charlie Kaufman or Walter Murch) tend to be introverted.

Check out this TED talk by Susan Bain on "The Power of Introverts."

Why do studios rewrite scripts after buying them?

Recently, on Quora.com, someone unfamiliar with the film business asked, "Why do studios rewrite scripts after buying them? In some cases, the script was rewritten entirely, every single word. If it's that bad, why do studios buy it in the first place?"

The problem with the question is that it assumes that scripts are rewritten because they are "bad."  Here is the answer that I wrote on Quora:

Both my brother and I have had the experience of selling scripts that were completely re-written.  The movie "They" was a spec script that was bought entirely as a result of the evocative and imaginative writing, yet the movie that eventually came out contains only one word from my brother's original script: the title. 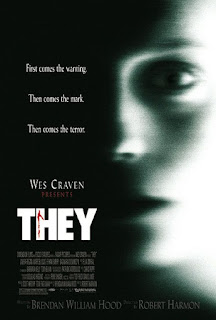 The same thing happened with his second produced film, "The Deaths Of Ian Stone." 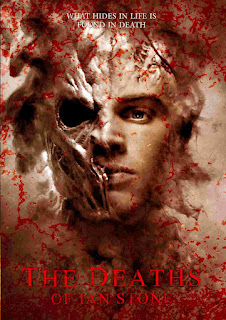 You can read his brilliant original screenplay for the movie “They” here. The spec script bears no resemblance the film that was eventually produced. Now, read his sobering interview here about the release of his follow up movie “Deaths of Ian.” The bottom line is that “they” took his screenplays, not once but twice, and rewrote every word.

This is a very, very common experience.  There are a number of reasons why it happens.  Here are a few...

It's just the way the movie business works, and the reason more and more screenwriters are considering writing books. :)

P.S.  You can read some interesting articles on screenwriters writing books HERE and HERE.