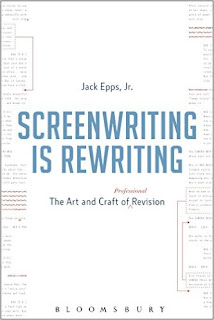 As part of the class I teach at USC, Rewriting The Feature Script, I encourage my students to read Screenwriting is Rewriting, by Jack Epps. Not only does the book mirror all the week-by-week assignments in my course, it is one of the most useful screenwriting manuals I have ever read (and I've read quite a few,) particularly for advanced students.

Jack Epps Jr. has been working as a screenwriter for over forty years. He is best known for co-writing iconic movies like Top Gun and Dick Tracy. He also did extensive revisions on movies such as Sister Act and Die Hard 3. Today, he is the chair of the writing division of USC's School of Cinematic Arts.

SH: Why do we need a book on "Rewriting" and how is this book different than all the other books on screenwriting?

JE: As professional writers know, most of our time is spent rewriting our own work or someone else’s work. The importance of first drafts is way over-rated. If you want to succeed as a screenwriter, then you better be a great rewriter or they will hire someone else who is a great rewriter. First drafts are fine, but they are only a sketch of an idea. The real work is done in the rewrites – that’s rewrites with a huge “S.” Knowing how to rewrite successfully is the key to a successful career.

Most screenwriting books only focus on the first draft and pay scant attention to rewriting. Screenwriting is Rewriting assumes the writer has written a first draft. The primary goal of my book is to focus on rewriting. There are chapters that review essential fundamentals, since it is the failure to execute these fundamentals that cause major script problems. The book is based on my years of professional experience as a screenwriter. Most of my time was spent rewriting. I expected to rewrite even before I began the first draft.

SH: Why do you distinguish between different kinds of rewrites or "passes"?

JE: One of the great mistakes aspiring writers make is they often try to resolve every note in one giant rewrite that usually results in a much weaker, flawed, screenplay. I learned during my career that it was much easier, and more effective, to execute a series of small focused rewrites rather than one giant rewrite. Each pass focuses on a different essential aspect of screenwriting. First, start with the major fundamental elements, and then work through the notes.

The challenge in writing the book was that every rewrite is different. There is no “one size fits all” approach to rewriting. I broke the book into eleven different passes so writers can choose which pass best fits their needs. They may also consider combining passes. This is not a “checklist” book. It’s a resource guide, and it is meant to be flexible. 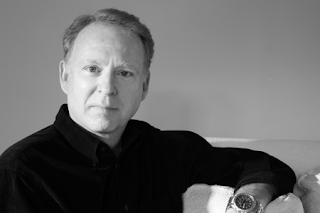 SH: What are some common mistakes screenwriters make while rewriting? How can the book help?

JE: “Preciousness” is probably the biggest mistake an aspiring writer can make. They’ve written a first draft and they are enamored with it. They think it’s perfect, and not a word should be changed. In my experience, that’s not the way it works professionally. Another common mistake is that aspiring screenwriters often favor plot over character. Plot serves character. A great plot is essential, but it must serve character. Another mistake is to “throw the baby out with the bathwater” and start all over again on page one. Page one rewrites usually result in a weaker, less inspired, imitation of the first draft. There must be some gold that can be mined in the next draft. It’s important to know what works. Try to protect what works and revise the problems.

SH: Much of the book is structured around responding to notes - notes from producers, executives, and peers. Why is it so important to get feedback while rewriting a script?

JE: It is really hard to have distance and perspective on your own work. Good notes give the writer perspective on how the work is “actually” being perceived—not how they “think” it is being perceived. But notes are not always clear or right. One of the challenges of rewriting is learning how to interpret notes. Notes are not always what they seem, and often the solution to the note is not what is suggested or apparent. I focus a lot in the book on interpreting notes. It’s also important to find people you trust to give you good notes, and to learn to let go and embrace the change necessary to take your screenplay to the next level.

SH: Manuals like "Save The Cat" are directed at amateurs who say to themselves "I've got a movie idea, and I think I'll write the script!" Is it fair to say that your book targets more advanced writers, students, and professionals?

JE: Rewriting itself is an advanced skill. My book is written for aspiring writers as well as professionals. I am assuming the writer is experienced and has written one or two scripts. For the professional, I hope it works as a way to help jump start their rewrite— to serve as a refresher. As professional writers, we often drift from away from screenwriting essentials. The book also serves as a refresher for professionals and helps them refocus their work.

SH: What is the best way to use the book when tackling a particular rewrite?

First, use the book to help organize notes and create a game plan to attack the rewrite. Secondly, decide which elements to prioritize in the first pass. It’s really easy to get lost in the middle of a rewrite, and the book can serve as a guide to help the writer work through their rewrite. I stress throughout the book how much work rewriting is, but I also hope it will serve as inspiration for those times when the writer feels like throwing in the towel. We’ve all been there, but it’s those writers to stay at it, and continue to dig deep, who will succeed.

Rewriting is hard work. If you stay at it, not only will you get a significantly better screenplay, but you will also become a much better screenwriter by going through the rewrite experience. You will definitely know what you “must” have before you begin your next project. The goal is to become a better, more efficient screenwriter. As I tell my students, writing never gets easier, but you can become more efficient.

Interview with Head of Amazon Studios Roy Price: How to Write for Amazon.